When you generally hear of a company releasing a new model you may find it lack-luster. You just bought the latest model and they turn around, change a color and add a new model number. That’s it, right? Not in the case of the Vitamix 5000 series blenders. The Vitamix 5200 and Vitamix 5300 blenders go head to head today.

Which one is better? Which one is right for you? I will discuss each blender and compare them together, just for you. We will go over their features, in detail, I will even answer your most common questions. In the end there can only be one winner. Read on to find out who it is.

If you just want to know: The Vitamix 5300 is the better option here.

Differences between Vitamix 5200 and Vitamix 5300

Each blender has small differences that make it stand out for a certain consumer group. Let’s take a look:

Of course the blenders will share a few things in common. That is just the nature of manufacture. Let’s take a look at what the similarities are:

So how do the two machines stack up side by side? Take a look:

Let me tell you about the features of the Vitamix 5200 and Vitamix 5300 in greater detail so you can make a better informed purchasing decision.

While both blenders are in the C-Series family of Vitamix blenders, the motors are not the same. The Vitamix uses the C-Series generation motor whereas the 5300 makes use of the Professional Series 750 motor.

The difference in these two motors is actually very slight. The 5200 has a peak performance of 2 horsepower where the 5300 has a peak 2.2 horsepower. Because of the extra torque the 5300 blender is a little more noisy than the 5200, but if you were to run them side by side you wouldn’t be able to tell the difference.

Both motors are encased inthe C-Series housing and use identical dampening to reduce noise. Make no doubt about it though, these motors aren’t quiet.

Keeping the motor cool is not exactly a high priority for blender motors as it is for other motors, such as your car. However, keeping electronics cool does improve their performance and life span.

The Vitamix 5200 doesn’t have any special cooling for the motor. It relies on vents and the airflow around it to remove the hot air the motor produces. Since you won’t be blending for hours on end, this works just fine when it comes to power and performance.

The 5300 on the other hand, has a built-in cooling fan that forces the hot air out while bringing cool air in through the vents. There is a possibility that you will notice a cooler base when you touch them after running, but if you can it won’t be by very much.

However, because of the fan, you can run the 5300 a lot longer than the 5200, although I highly doubt you will run either one long enough to burn out a motor due to overheating.

Bottom Line: The 5300 wins. Even though the fan does its job, it isn’t that essential.

A blender without blades is, well… a vase, or something, I guess. The blades on both the 5200 and 5300 are made from the same laser cut stainless steel and are blunt to the touch. (Please don’t touch the blades, especially when moving, thanks.) The sheer power of the motor ensures that these precisely angled blades chop through anything you toss in the pitcher.

There is a difference though. Because the 5200 has a narrower and taller pitcher the blades must accommodate. The 5200 blades are three inches in diameter. The 5300, though has a wider pitcher, like those found in the G-Series. It is three inches shorter and over an inch wider.

This allows for larger diameter blades. The 5300 blades are also an inch wider at 4 inches in diameter.

Bottom Line: This is a tie. The blade size actually has very little to do with the performance and both will easily chop through your ingredients. 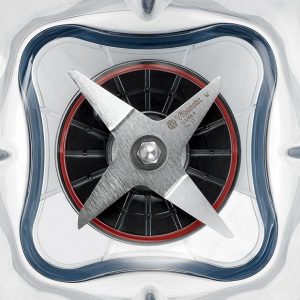 As I have previously discussed, the overall height of the machines is different. When the pitcher is placed on the base, the Vitamix 5200 stands at an impressive 20.5 inches. While the slim and tall look is aesthetic, reviewers and owners have complained.

Not everyone, it seems, has enough space under the cabinets or in the pantry to store the unit fully assembled. Likewise if using with a cabinet over the machine it can be difficult to add ingredients or remove the top.

The Vitamix 5300 addressed this concern and took just over three whole inches off the height. The 5300 stands as a squat 17.25 inches and most of the clearance complaints have cleared up. To maintain the 64 ouncecapacity, the 5300 pitcher is wider.

Bottom Line: The 5300 wins. Space is always an issue in most kitchens and the 5300 allows for more storage options.

The Vitamix 5200 has three control knobs/toggles. There is the much needed on/off switch that provides power to the motor and spins the blades.

The center of the unit features a turn dial with settings for motor speed between 1 and 10. Ten is the highest speed setting available and will most likely not be used very often (unless you are making dough or ice cream.). 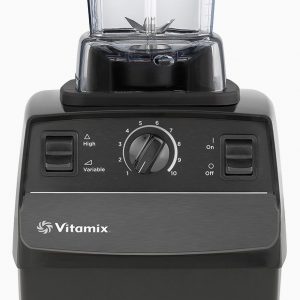 One of the most complained and requested options of the high selling 5200 model is the lack of a pulse option. The 5300 answers the call once again. It boasts the same on/off toggle and the same ten variable speed dial.

However, Vitamix removed the high speed variable toggle and replaced it with a pulse toggle. You should note that in order to work properly, the toggle is a spring reset switch more than a toggle switch. You can’t set it to pulse and leave it (that would kind of defeat the purpose of a pulse).

When you press the Pulse toggle up the motor will spin the blades in a short burst. This is useful for using the tamper to press down some lighter ingredients or to chop ice in to more manageable chunks.

To pulse the 5200 you will basically have to set the dial to 10 and then rapidly flip the on/off switch over an over again; a manual pulse, if you will.

Bottom Line: The 5300 wins. Another default win since the 5200 doesn’t have a real pulse option.

Both the 5200 and the 5300 have a self cleaning option. You simply fill the pitcher about half way with warm water and add a few drops of dish soap. You then run the blender starting at the lowest dial setting and slowly increase the speed until the entire pitcher is cleaned.

Be sure to thoroughly rinse the pitcher afterwards to remove all the soap and dirty water.

I mention this here because you should clean your pitcher after every use. The self clean option is a quick method of doing so. However, it should not replace regular manual scrubbing of the pitcher with warm water, soap and a scrub sponge. Even with self-cleaning the pitcher will have a build up of bacteria and gunk over time.

I recommend at least a weekly deep hand cleaning with a sponge or scrubber. This is made easier in the 5300 because of the extra inch in width of the pitcher.

Bottom Line: This is a tie. Both models suggest self cleaning using the process I described above.

Frequently Ask Questions and Their Answers

I will answer the most common questions about the Vitamix 5200 and 5300 blenders.

Q1: Can the Vitamix blenders be used as juicers?

A1: Can a horse be a camel? No. A juicer works by removing the water content (juice) from plants and fruits (and yes vegetables) and a blender, by definition, blends things. A blender will not remove anything or leave parts behind, but instead it will take what you put in and liquefy it into a smoothie type consistency.To extract the juice you will need to purchase a juicer, however, if you are looking for the health benefits, a smoothie from a blender is a better option as most fruits and vegetables have a majority of their nutrition in the fibers and rinds.

Q2: Can I use a smaller jar for a quick blend when I am on the go?

A2: I assume here you are asking if you can remove the blades and attach them to jars and containers that you can then use as a glass without having to use the pitcher. The answer is no.
Vitamix does have a series of blenders for this particular option; however, neither the 5200 nor the 5300 are in that series. 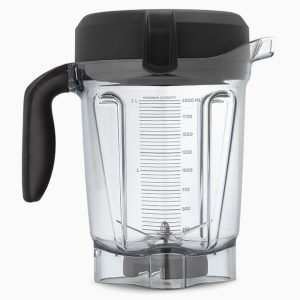 A3: Why yes, I am actually, thank you for asking. It is a struggle some times, but I have been able to maintain a BPH free version of myself for quite some time now. Either the “you” was supposed to be “they” or something similar, or you think I am a talking, typing blender. In either case, the Vitamix 5200 and the 5300 are both BPH free as well.

Q4: Can I turn the power on and walk away or do I need to stand there pressing the button?

A4: You can turn it on and walk away. I don’t recommend that practice though. It just blends and rather quickly. I wouldn’t turn it on and then go watch Final Jeopardy. For safety and many other reasons you shouldn’t leave the blender running and unattended. However, it is possible to do so.

Q5: Will these blend whole fruits like lemons and bananas?

A5: Yes, both the 5200 and the 5300 will blend entire fruits, vegetables and the like. It is highly recommended that you cut the whole ingredients in half before blending, but if you don’t really want to, you don’t have to.It should also be noted that when you are blending citrus, such as lemons and limes, the peel, or zest, may be very over powering. You do not need a whole lot to achieve full flavor of the zest. As such, I would suggest not using whole citrus and instead place small amounts of peel until you get the desired flavor.

Q6: Will this mince meat?

A6: It will blend meat. It will puree meat. Mincing meat though? No. It will not mince your meat.

Q7: Will it blend an iPhone?

A7: Okay. Seriously, who is asking these questions? Common question though, this one is. And ironically, yes, both models will effectively and completely blend an iPhone. Let’s just not mention how I know. Please.

While there aren’t many differences, overall, between the Vitamix 5200 and the Vitamix 5300, the ones that are there are quite significant. The increase in horsepower, the addition of a built-in cooling fan and pulse control allow the 5300 to perform just a little bit better.

If you are looking for a durable, reliable blender that will provide years of satisfaction, you could go with either model. The taller pitcher of the 5200 does provide a slightly better vortex and as such is a little better at making ice cream, making almond milk and other general baking needs. If this sounds like you then the 5200 may be your best option.

However, the wider pitcher and larger blades on the 5300 will make snow cone style shavings out of ice cubes in less than five seconds. The pulse button makes for easy coarse chopping and getting lighter ingredients to the bottom to be mixed.

Because of the upgrades and the smaller height and mainly because of the pulse button, the Vitamix 5300 is my pick for the winner in today’s battle. 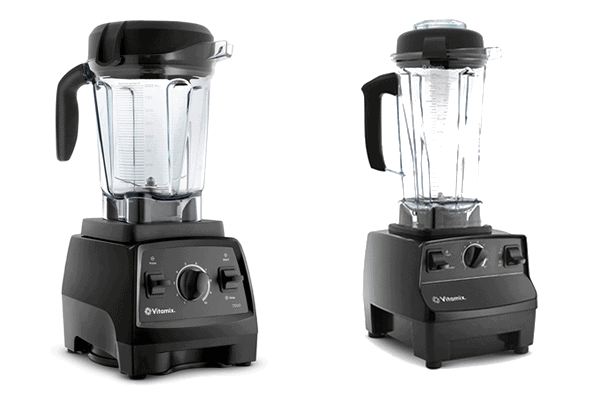 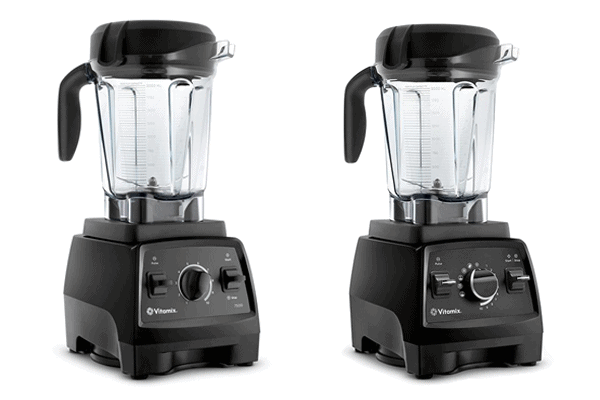